For me, the eye opener of this IBCC chapter is that half of all acetaminophen toxicity is due to unintentional poisoning*:

For dosing of acetaminophen, please see Acetaminophen-Link To And Excerpts From The IBCC Chapter On Analgesia
Posted on February 24, 2021 by Tom Wade MD

Here are the direct links from the chapter to each section of the chapter: 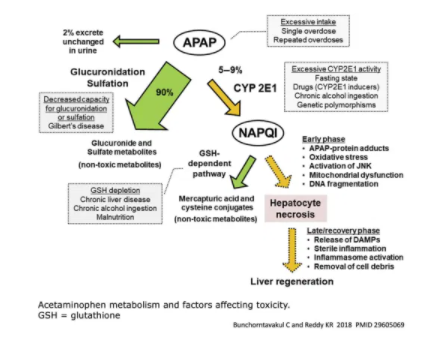 factors that increase the risk of acetaminophen toxicity

Toxicity is typically divided into stages, but this may not work perfectly in every patient (especially in patients who ingested several doses of acetaminophen over time).

preamble:  why the ICU perspective is different 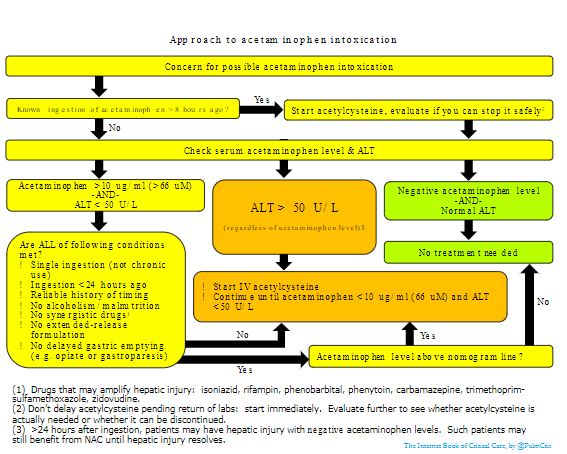 when to stop the acetylcysteine

There is much more to the IBCC Acetaminophen Toxicity and here are direct links to the following sections in the chapter:

This entry was posted in Hepatology, IBCC By Dr. Josh Farkas, Internet Book Of Critical Care By Dr. Farkas, Toxicology. Bookmark the permalink.