Links To And Excerpts From “Brainstem dysfunction in critically ill patients”

Introduction: the concept of brainstem dysfunction

The brainstem is the caudal portion of the brain that connects the diencephalon to the spinal cord and the cerebellum [1].

The brainstem mediates sensory and motor pathways between the spinal cord and the brain and contains nuclei of the cranial nerves, the ascending reticular activating system (ARAS), and the autonomic nuclei. It controls the brainstem reflexes and the sleep wake cycle and is responsible for the autonomic control
of the cardiocirculatory, respiratory, digestive, and immune systems.

Brainstem dysfunction can then contribute to impairment of consciousness, cardiocirculatory and respiratory failure, and
thus increased mortality [2–5].

Functional neuroanatomy of the brainstem

The brainstem can be categorized into three major parts: midbrain, pons, and medulla oblongata (Figs. 1 and 2). 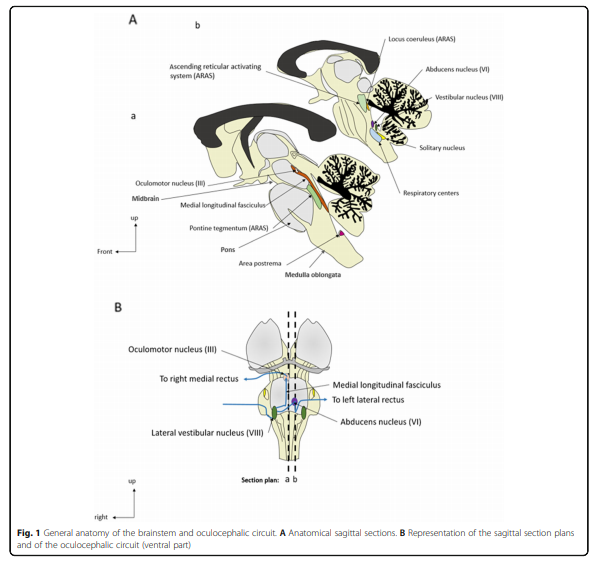 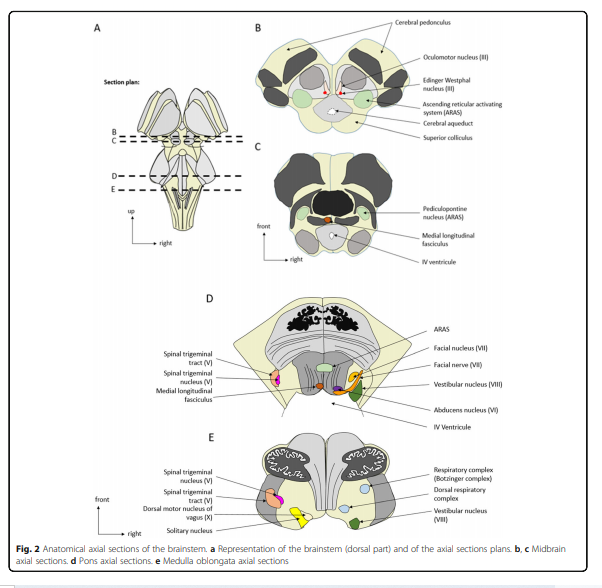 The brainstem contains both gray and white matter, with the basilar artery representing the vascular supply.

The white matter is composed of ascending sensory pathways and descending pyramidal and extrapyramidal pathways (Table 1).

Brainstem pathology should be considered in cases of (a) sensory or motor deficits combined with cranial nerve palsy, (b) impairment of consciousness, (c) dysautonomia, or (d) neurological respiratory failure.

The pyramidal and extrapyramidal tracts connect the upper motor neurons and the extrapyramidal nuclei with the lower motor neurons located in either the brainstem or the spinal cord [6]. While the former controls voluntary movement, the latter is involved in reflexes, motion, complex movements, and postural control (Tables 1 and 2). 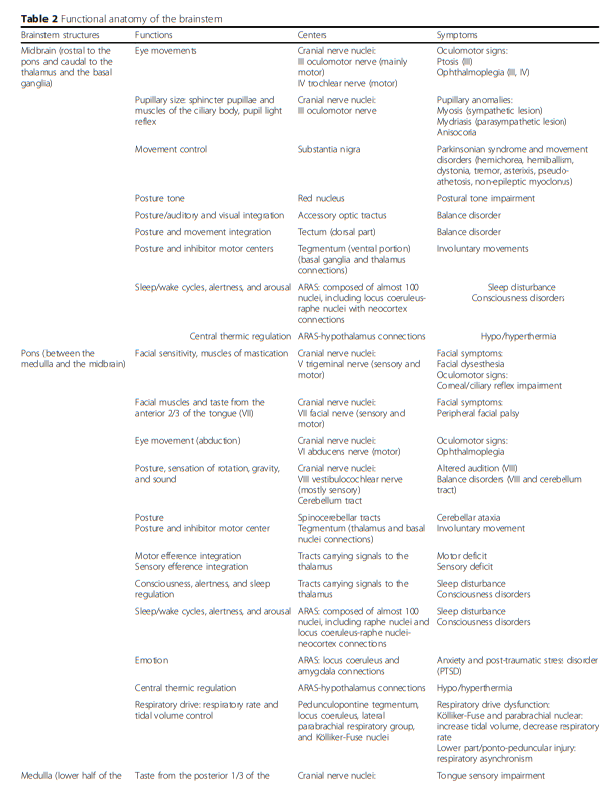 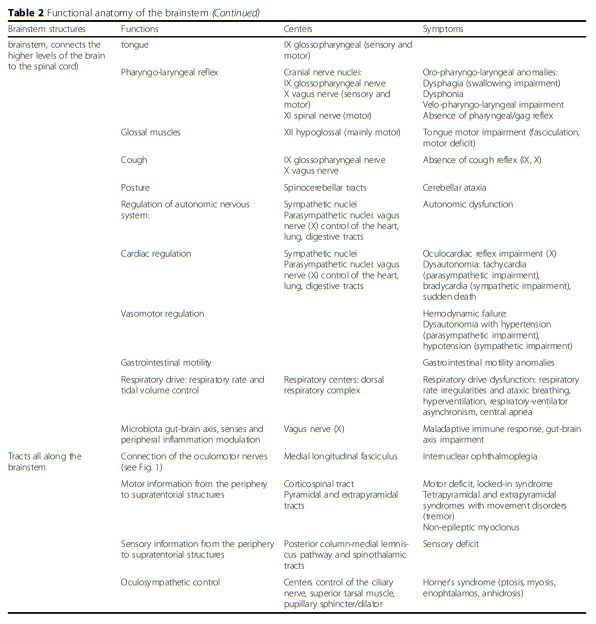 This entry was posted in Neurocritical Care, Neurology, Neuroradiology. Bookmark the permalink.