In this post I link to and excerpt from the Internet Book of Critical Care [Link is to the Table of Contents] chapter, Atrial Fibrillation In Critical Illness, January 6, 2017 by Dr. Josh Farkas.

All that follows is from the above IBCC chapter:

All that follows is from the above outstanding chapter, Atrial Fibrillation (AF) & Flutter complicating critical illness. January 6, 2017 by Dr. Josh Farkas:

what this chapter is about

* Here are links to more current guidelines on atrial fibrillation: 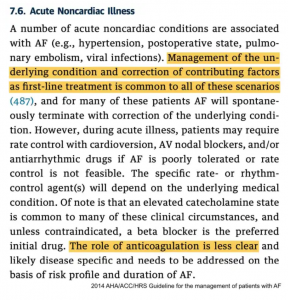 diagnostic criteria for AF on EKG

heart rate among patients in AF

AF prevention has been studied extensively following cardiac surgery.  Most of this literature isn’t applicable to the general ICU population.  However, measurement of magnesium levels and repletion may be considered.  In the context of post-surgical AF, RCTs have demonstrated that magnesium administration reduced the incidence of AF with an odds ratio of 0.55.(22520937, 23440790)  Hypomagnesemia is common among critically ill patients, so detection and treatment of hypomagnesemia makes sense in this population. (More on hypomagnesemia here.)

evaluating the etiology of new-onset AF

The following figure will serve as a general framework for approaching a critically ill patient with AF: 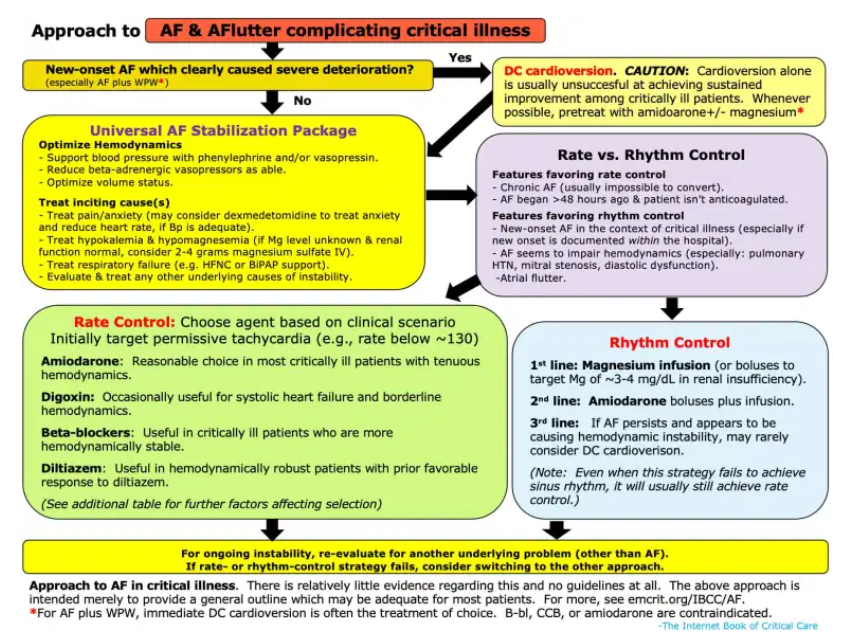 how much is AF actually contributing to the patient’s instability? 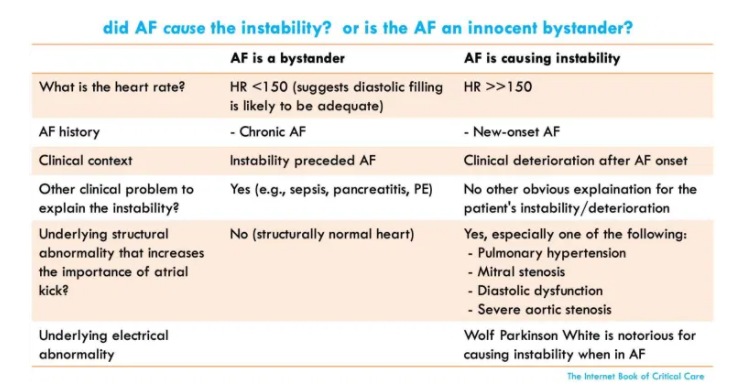 This entry was posted in Guidelines, IBCC By Dr. Josh Farkas, Internet Book Of Critical Care By Dr. Farkas. Bookmark the permalink.