Earlier this year, I recertified in Advanced Cardiac Life Support. And the management of Torsade has always been somewhat unclear to me. But Dr. Farkas has three great resources on the subject and I will be using them and additional resources in this post, my study notes [As I remind occasional visitors this entire blog is my peripheral brain where I post my study notes and medical resources]:

So I started my review of Torsades by listening to Dr. Farkas great podcast on the subject, IBCC Episode 12 Podcast – Torsades De Pointes. The podcast is approximately 16 minutes. It is a super review.

And then I reviewed the Internet Book of Critical Care post on Torsades De Pointes. All that follows is excerpted from the IBCC post: 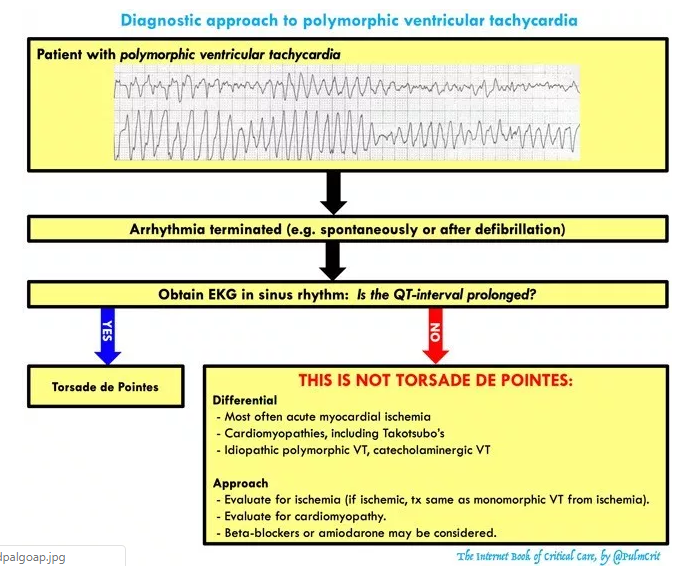 getting some definitions straight

* See Resource (4) below (4) The Athlete With Catecholaminergic Polymorphic Ventricular Tachycardia for good brief article on this topic.

If the EKG shows a prolonged QT-interval, the patient is diagnosed with torsades.  If you simply break torsades but do nothing else, it is likely to recur.  The following therapies will prevent recurrence of ventricular tachycardia in this situation: 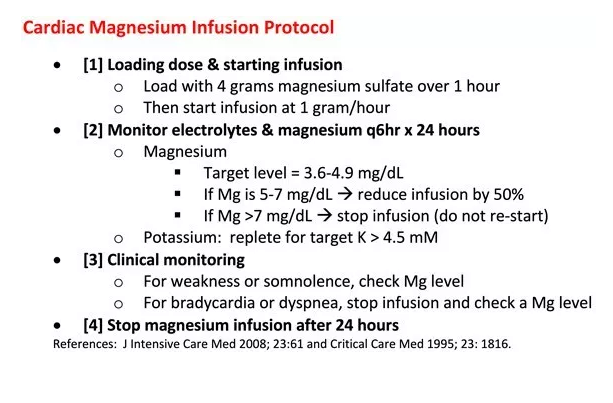 cessation of all QT-prolonging medications

(1) The Table of Contents of The Internet Book Of Critical Care by Dr. Farkas.

(2) The Table Of Contents of PulmCrit by Dr. Farkas

(4) The Athlete With Catecholaminergic Polymorphic Ventricular Tachycardia
Jul 28, 2017, Expert Analysis from the American College of Cardiology