The posts in this blog are mostly my study notes on medical education or business topics I am currently studying. And I use my version of Spaced Repetition* to fix the topic in memory.

*Spaced repetition: a hack to make your brain store information, January 23, 2016 from The Guardian.

First, I review the relevant article, chapter, or blog post. Then I’ll listen to the accompanying podcast. And finally I’ll excerpt parts of the article by pasting portions in my blog. This method helps me fix the concepts in my mind.

In this post I link to and excerpt from the chapter, Fluid selection & pH-guided fluid resuscitation, November 2, 2016, of Dr. Farkas’ incredible Internet Book Of Critical Care [Link is to TOC]. And after reviewing the chapter, listen to the 33 minute summary podcast of the chapter.

And finally I excerpted the chapter.

All that follows are excerpts from the pH-guided fluid resuscitation Chapter of The Internet Book Of Critical Care [except where noted – material in brackets]:

Several years ago, the ICU at Genius General Hospital transitioned from using normal saline to using mostly Lactated Ringers (spoiler alert: it was neither difficult nor dramatic). More recently, the use of pH-guided resuscitation has become increasingly common.

Fluid choice probably doesn’t make much difference for most patients. However, fluid therapy is an extremely common intervention. When leveraged over the high number of patients receiving fluid, even small differences in efficacy can be important (e.g. NNT of 30 or 50). Finally, for occasional patients with significant pre-existing hyperkalemia or metabolic acidosis, fluid choice may be extremely important.

Currently, albumin seems to be indicated primarily for the purpose of supporting renal function among patients with cirrhosis, including:

hetastarch is poison [NEVER use it]

rationale for transitioning from normal saline to balanced crystalloids

arguments for using saline & why they lack merit [See the chapter for why.] 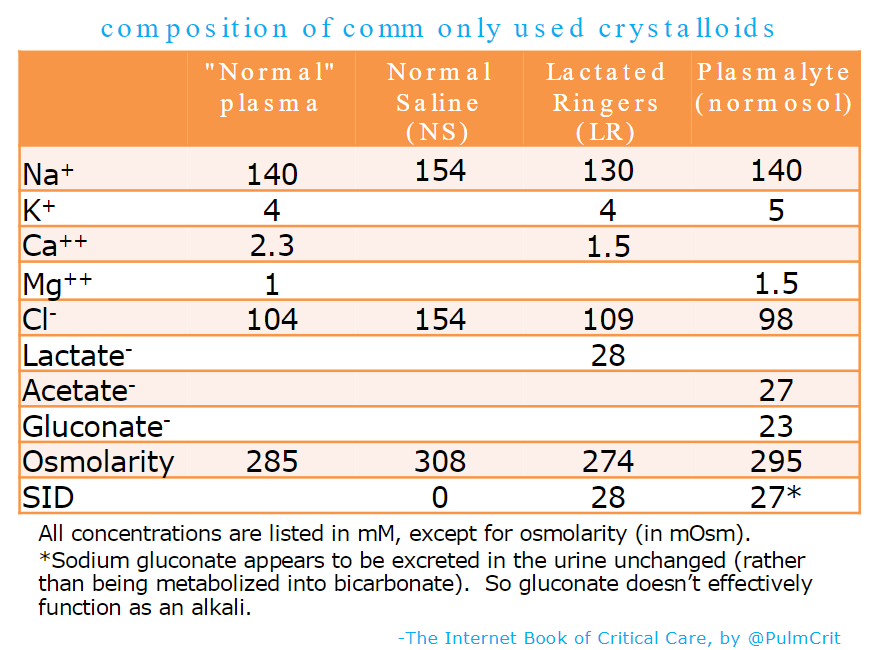 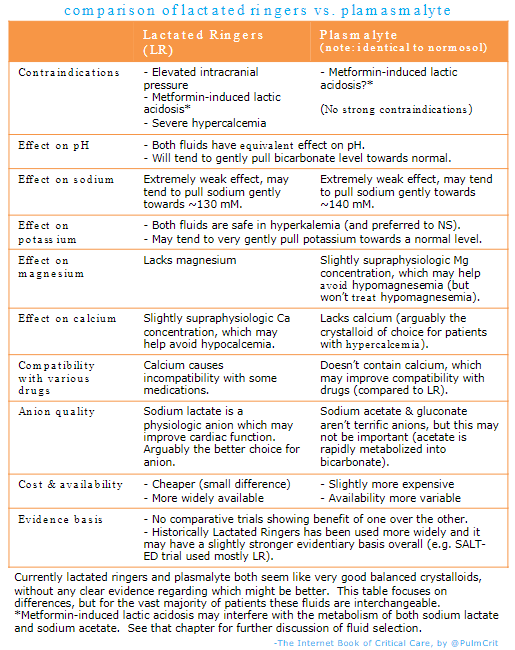 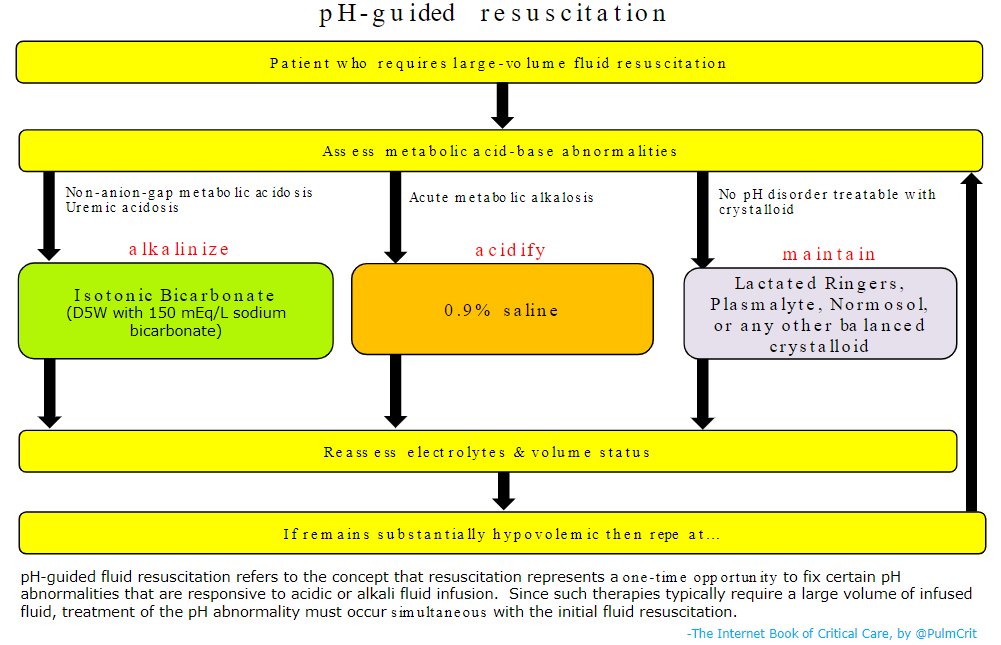 And here is the chart from the Treatment section of Dr. Farkas’ IBCC chapter, Non-Anion Gap Metabolic Acidosis with instructions on preparing and using Isotonic Bicarbonate: 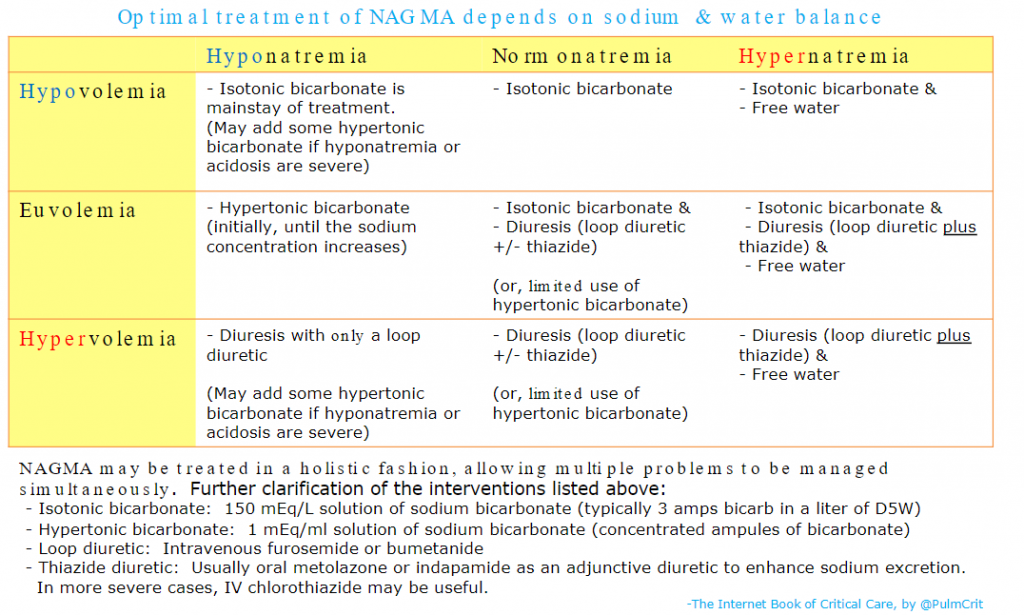 pH-guided resuscitation is most important in uremic metabolic acidosis 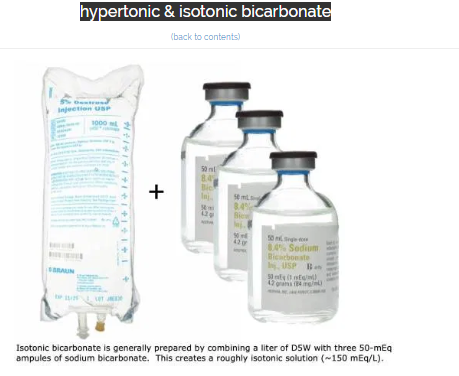 what is isotonic bicarbonate? 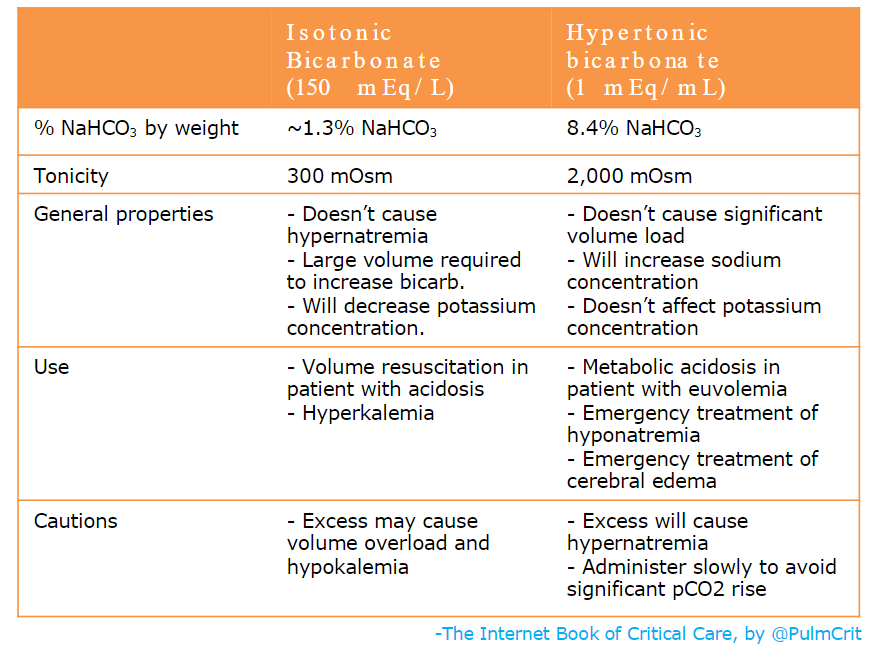 dissolved CO2 & how rapidly can isotonic bicarbonate be given?

common errors with bicarbonate [And How To Avoid Them] 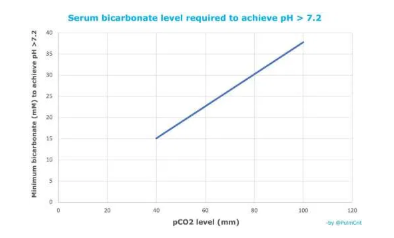 how to achieve therapeutic alkalization

This entry was posted in acid - base, Fluids and Electrolytes, Internet Book Of Critical Care By Dr. Farkas, Nephrology. Bookmark the permalink.