In this post I link to and excerpt from Dr. Josh Farkas‘ Internet Book of Critical Care [Link is to Table Of Contents], Approach To Stupor and Coma. March 22, 2021

Note to myself: In future reviews, just go to Dr. Farkas’ chapter to review. The excerpts are not complete and are just to help me remember.

All that follows is from the chapter. 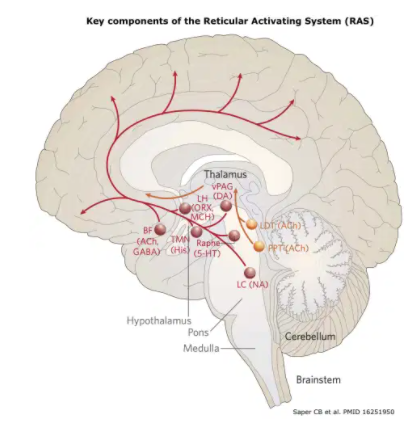 It may be impossible to obtain any information regarding the history.  If available, the following are notable: 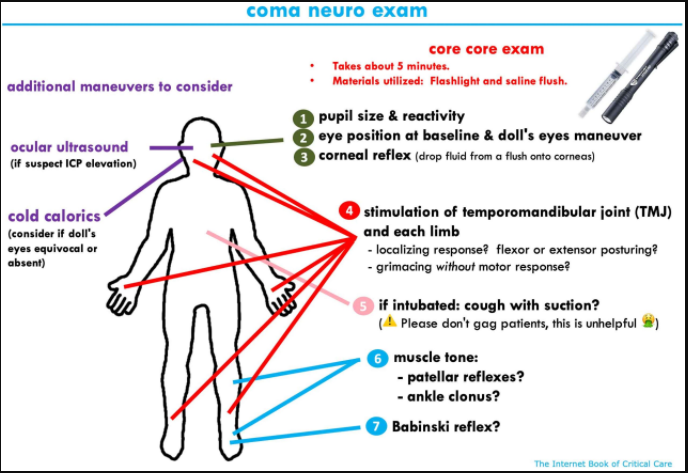 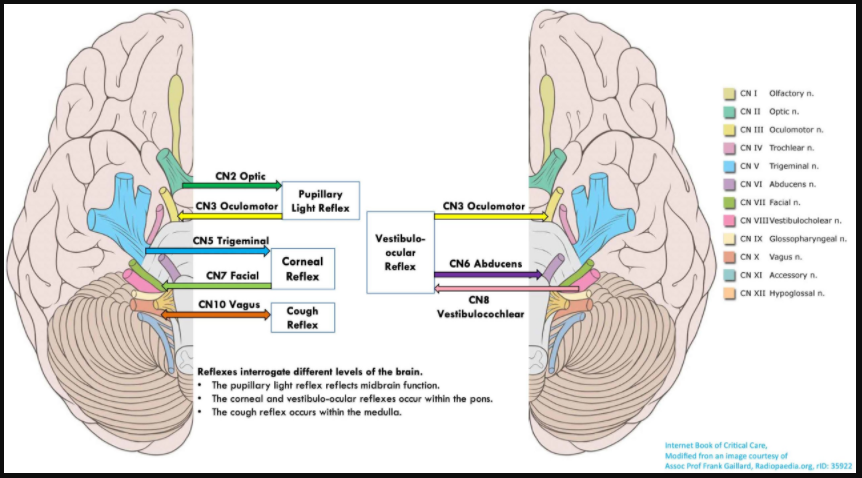 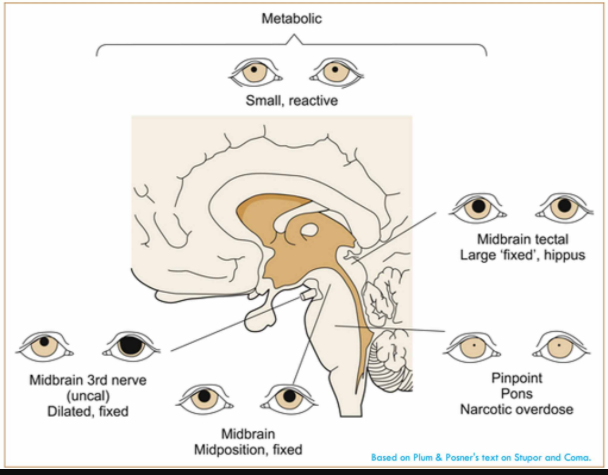 For the complete and detailed explanation of all of that follows, please click on Dr. Farkas sections: 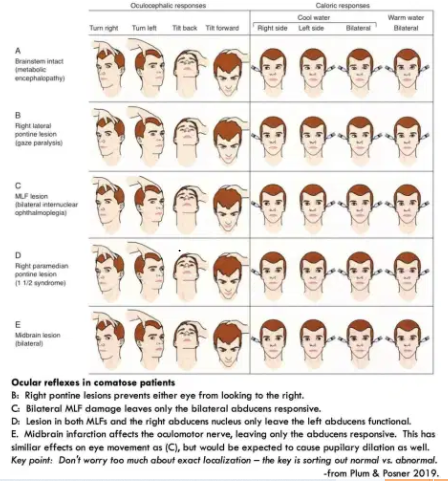 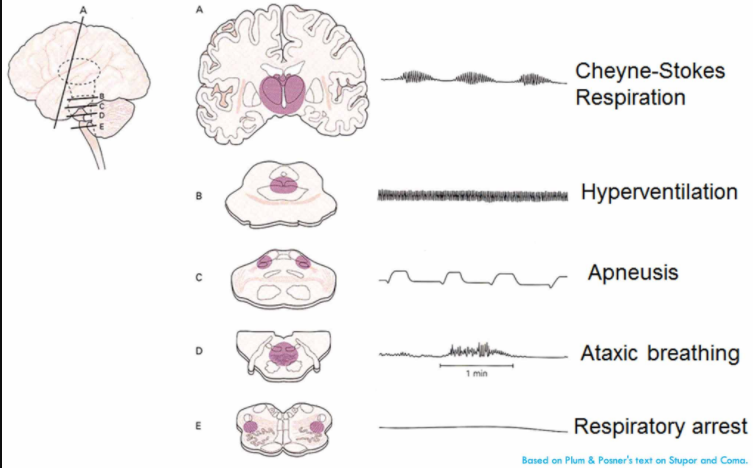 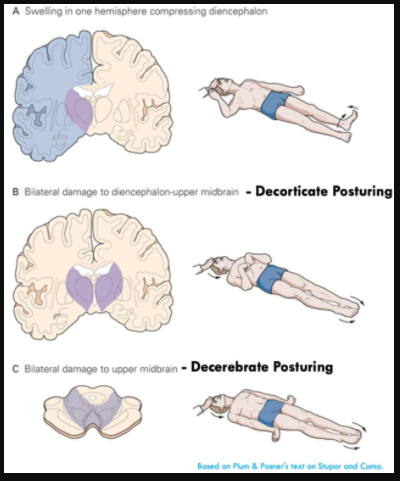 brainstem displacement from a cerebellar mass