In this post, I link to and excerpt the section, management of combined anticholinergic plus sodium channel blocker toxicity, from the Internet Book of Critical Care Chapter [Link is to the Table of Content], Anticholinergic Intoxication, by Dr. Josh Farkas.

Note to myself and to readers: Review the following before or after reviewing the material in this post:

Here are excerpts from management of combined anticholinergic plus sodium channel blocker toxicity and from Sodium Channel Blocker Toxicity (including tricyclic antidepressants), both from Dr. Farkas.

All that follows is from one of the two links above.

Tricyclic antidepressants (TCAs) are the perhaps the most widely discussed intoxicant which inhibits sodium channels (causing a characteristic pattern of QRS widening with a tall R-wave in aVR).  However, a broad variety of other xenobiotics also block sodium channels, causing a similar pattern of findings.

TCAs are the original gangster of sodium channel blockade.

With the increased use of selective serotonin reuptake inhibitors (SSRIs), the use of tricyclic antidepressants has decreased.  Consequently, TCA intoxication has become less common.  Consequently, most patients who present with features of sodium channel blockade currently do not actually have TCA intoxication (but rather may have intoxication with other sodium blockers, such as cocaine or diphenhydramine).

One complicating factor here is that TCAs have numerous effects in addition to sodium channel blockade (e.g., anticholinergic effects and antihistamine effects).  Consequently, some aspects of TCA intoxication are not generalizable with other sodium channel inhibitors.

EKG is test of choice 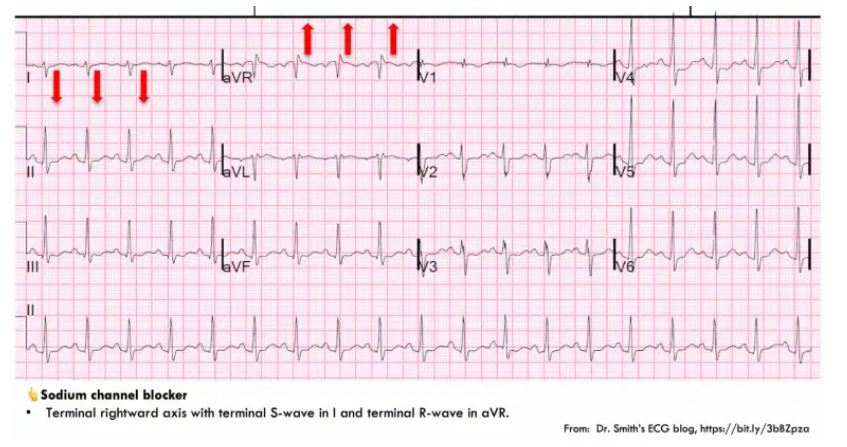 *Here is the link to the Brugada Syndrome Search Results from       Dr. Smith’s ECG Blog.

other findings which may be seen on EKG 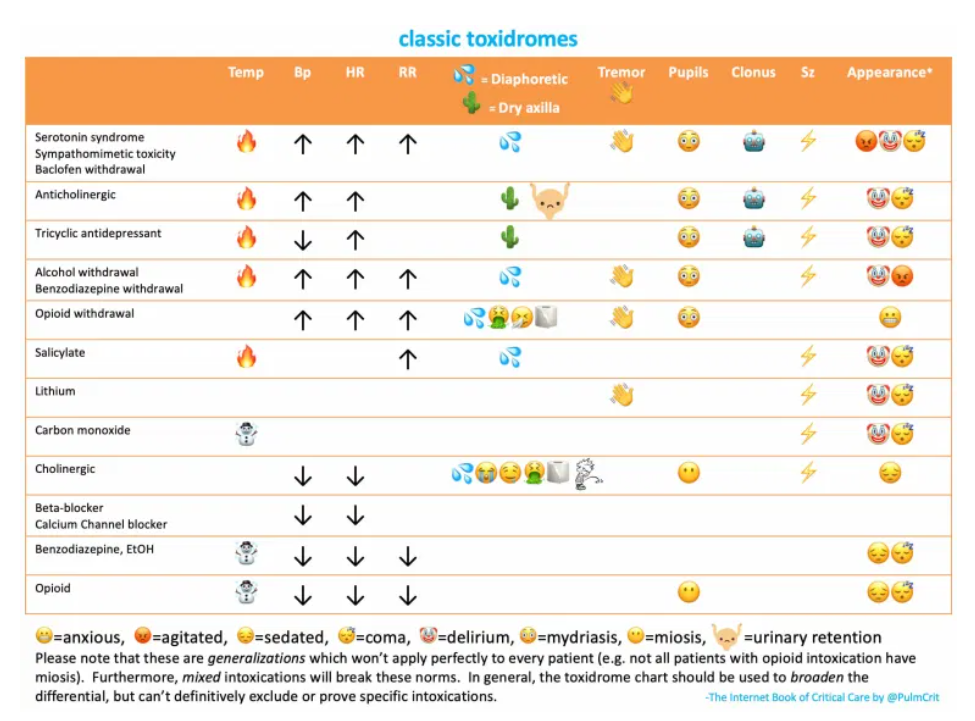 What follows next is from the  management of combined anticholinergic plus sodium channel blocker toxicity, from the Internet Book of Critical Care Chapter [Link is to the Table of Content], Anticholinergic Intoxication, by Dr. Josh Farkas. 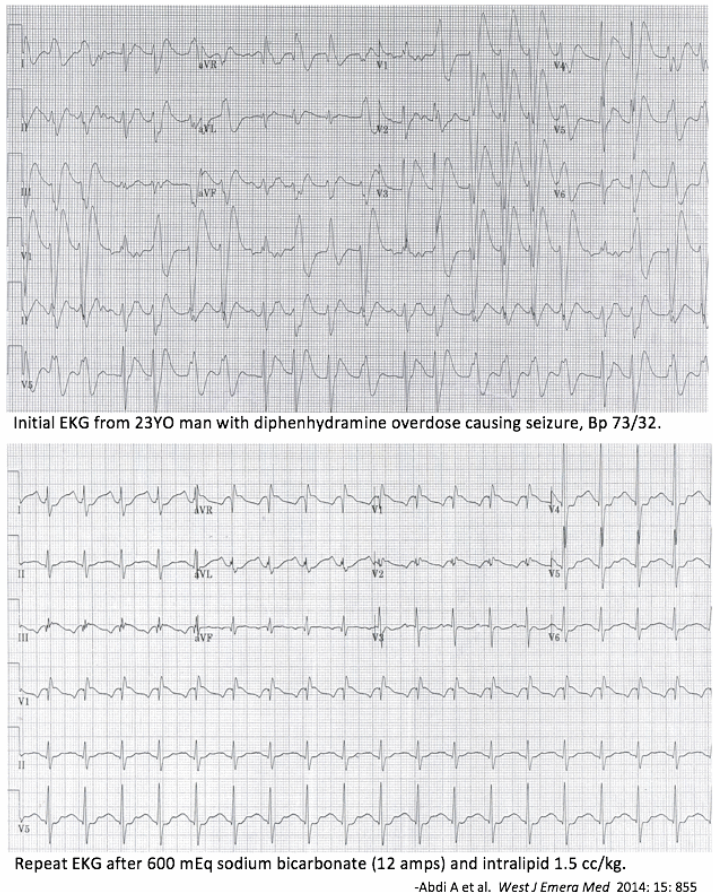 This entry was posted in IBCC By Dr. Josh Farkas, Internet Book Of Critical Care By Dr. Farkas, Toxicology. Bookmark the permalink.