In this post I link to and excerpt from the Internet Book Of Critical Care [Link is to Table of Contents] chapter on Torsades de Pointes, November 22, 2016 by Dr. Josh Farkas.

*Please note that the dosage that Dr. Farkas recommends in his protocol is different from the dose recommended in the 2020 Handbook of Emergency Cardiovascular Care For Healthcare Providers. In his chapter, Dr. Farkas explains his dosing recommendation. 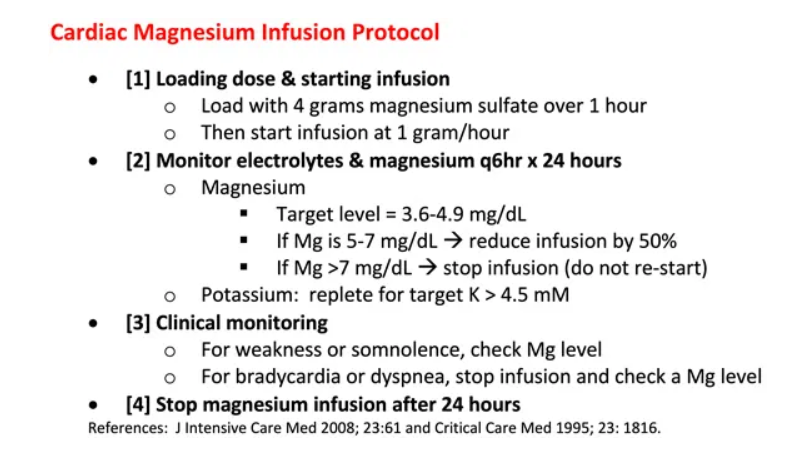 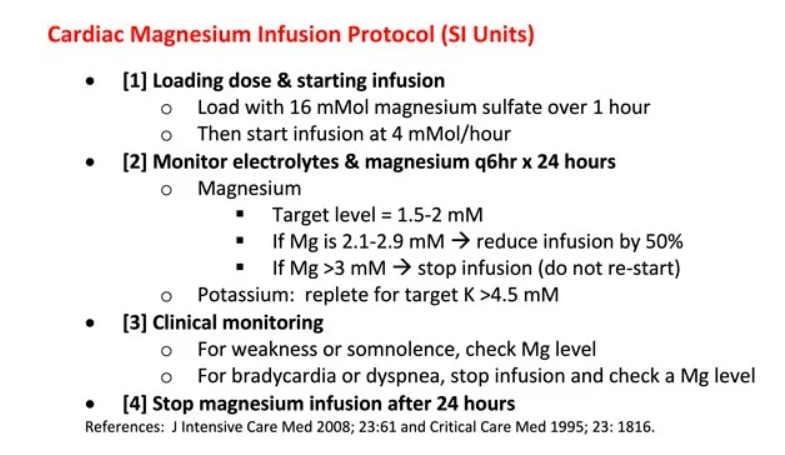 Next, I excerpt the Magnesium Sulfate section from The 2020 Of Emergency Cardiac Care For Healthcare Providers:

Here are direct links that Dr. Farkas has provided us to all the sections of his chapter:

And here are excerpts: 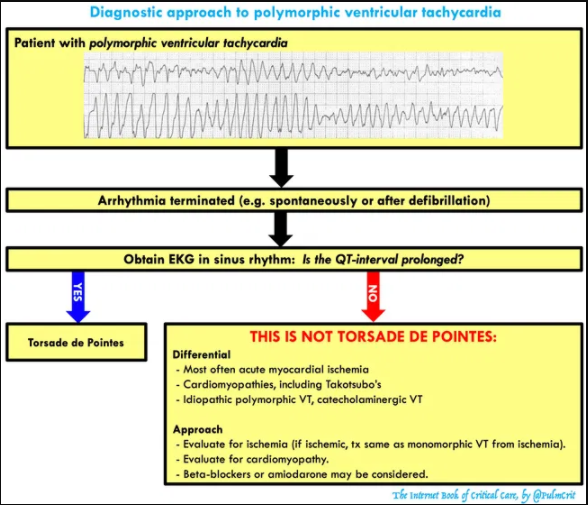 getting some definitions straight 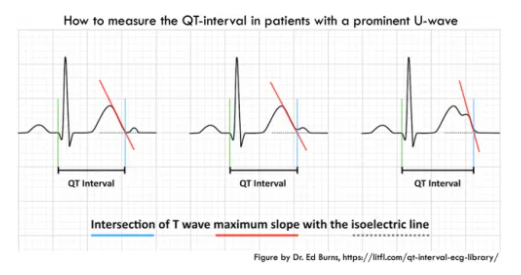 how to measure QT & QTc interval

If the EKG shows a prolonged QT-interval, the patient is diagnosed with torsades.  If you simply break torsades but do nothing else, it is likely to recur.  The following therapies will prevent recurrence of ventricular tachycardia in this situation: 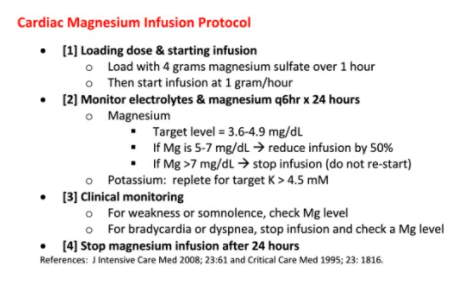 cessation of all QT-prolonging medications

Occasional patients will have recurrent episodes of torsades (“Torsades storm”).  Each individual episode may be treated with magnesium or defibrillation, if needed (Treatment step #1 above).  However, additional therapies are required to stop recurrence and end the storm.

speed up the heart

This entry was posted in Cardiology, IBCC By Dr. Josh Farkas, Internet Book Of Critical Care By Dr. Farkas. Bookmark the permalink.