Dr. Farkas is an assistant professor of Pulmonary and Critical Care Medicine and Dr. Farkas’ blog, PulmCrit, is always worth reviewing.

The chart below is from Management of severe hyperkalemia by Dr. Weisberg which Dr. Farkas recommends as the definitive review on hyperkalemia even though it is from 2008. There are a couple of things in the chart that no longer apply:

Today, I reviewed Dr. Farkas’ post Management of severe hyperkalemia in the post-Kayexalate era
March 15, 2015. Here is the summary from that post (But see the post for details on diuresis): 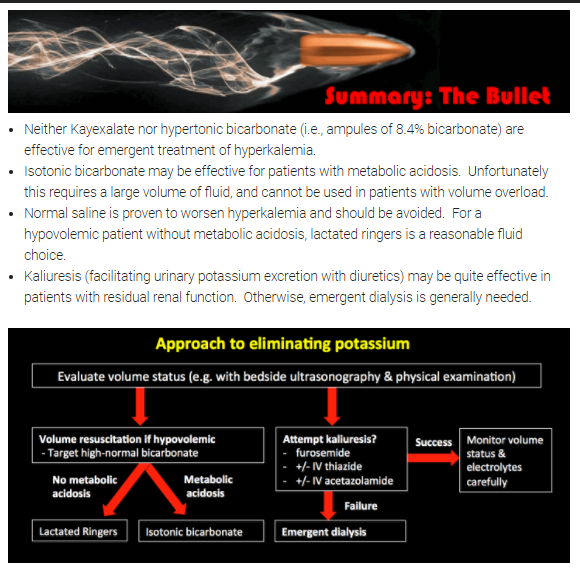 The following additional resources are from Dr. Farkas post above: