Hyperkalemia From The Internet Book of Critical Care

In this post I link to and excerpt from the chapter Hyperkalemia, November 2, 2018, of Dr. Farkas’ incredible Internet Book Of Critical Care [Link is to TOC]. And after reviewing the chapter, listen to the wonderful 20 minute summary podcast of the chapter.

Dr. Farkas has created this Table of Contents of the chapter and each heading is a direct link to that part of the chapter! Awesome.

All that follows are excerpts from the Hyperkalemia Chapter of The Internet Book Of Critical Care [except where noted – material in brackets]: 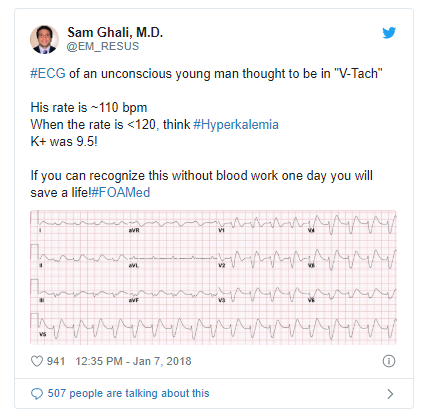 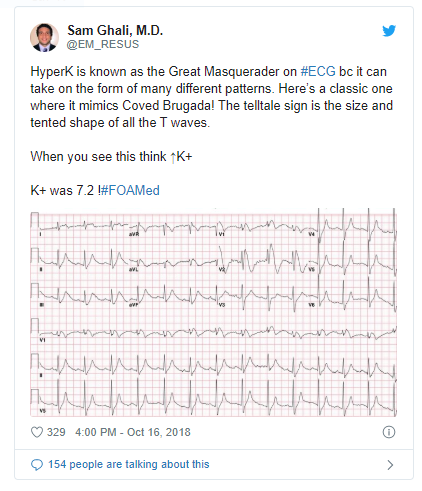 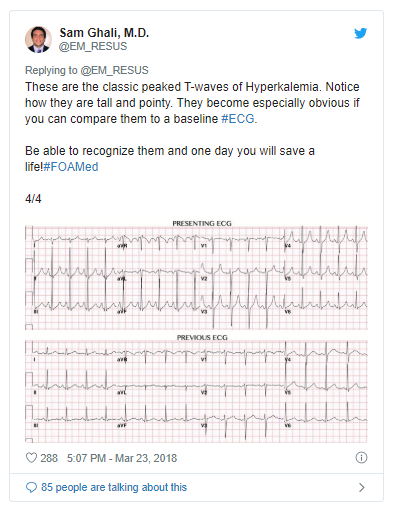 The first step of treatment requires determining whether hyperkalemia is life-threatening (severe).  No evidence-based definition for “severe” hyperkalemia exists (various articles use a range of semi-arbitrary definitions).  Ultimately clinical judgement is needed, with attention to the following factors: 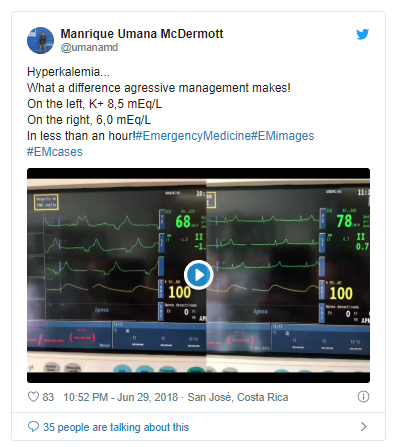 This entry was posted in Fluids and Electrolytes, Internet Book Of Critical Care By Dr. Farkas, Nephrology. Bookmark the permalink.