Google+ Link To And Excerpts From “Introduction to 12 Lead EKG Interpretation: How to Read an EKG Curriculum ” From Dr. Kalra | Tom Wade MD

Link To And Excerpts From “Introduction to 12 Lead EKG Interpretation: How to Read an EKG Curriculum ” From Dr. Kalra

This post contains a link to and excerpts from the outstanding YouTube video by Girish Kalra MD, Introduction to 12 Lead EKG Interpretation: How to Read an EKG Curriculum.

Please note that these are simply my study and review notes and so don’t include everything that might be useful to other learners. So go ahead and watch the video and read the transcript that accompanies most YouTube videos.*

Here are excerpts from Introduction to 12 Lead EKG Interpretation: How to Read an EKG Curriculum:

In this video we’ll review some basic concepts regarding the 12-lead EKG.

This is how we divide the little squares up assuming the ECG has been obtained in the standard manner: 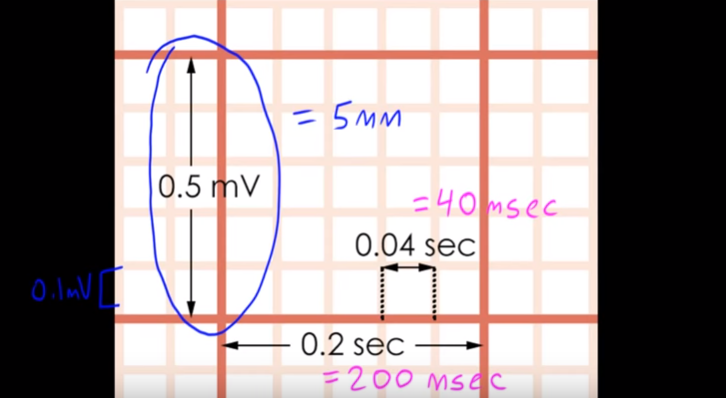 These frontal limb leads need to be memorized. Dr. Kirish will have much more to say about this topic in upcoming videos.

You need to be able to reproduce this diagram from memory. 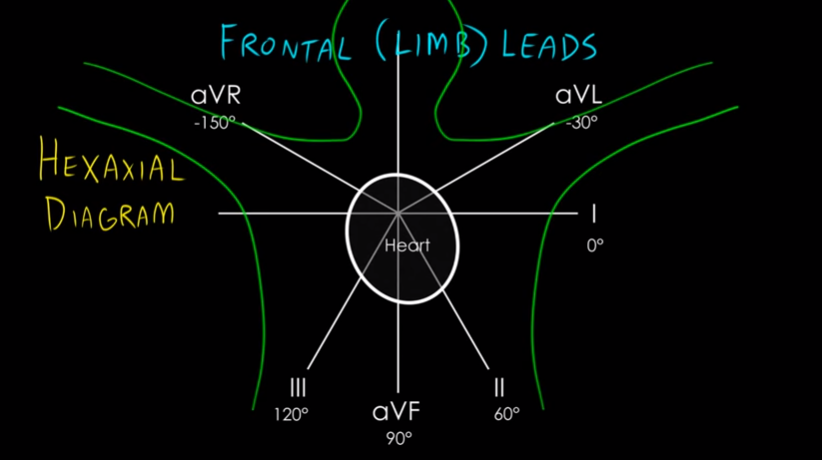 [So continuing with our diagram below] , leads I and aVL over here, along with leads V5 and V6, make up what we call the lateral leads. The lateral leads let us see things from the aspect of the lateral portion of the left ventricle, which is supplied by the circumflex artery. Meanwhile, down here, leads II, III, and aVF are known as the inferior leads. The inferior leads give us a view of the inferior wall of the left ventricle, as well as the right ventricle. This area is supplied by the right coronary artery (RCA). 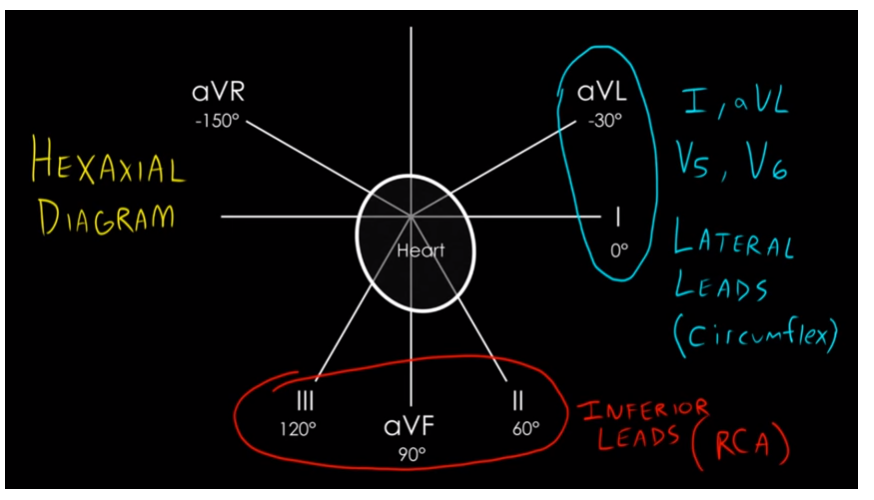 Now let’s look at our precordial leads, which are also known as the chest leads. The precordial leads allow us to look at the electrical activity of the heart in the anteroposterior plane.
Leads V1 and V2 are located on either side of the sternal edge, at the 4th intercostal space. Lead V4 is located at the 5th interspace, along the midclavicular line. Lead V6 is located
horizontally in line with V4, but along the midaxillary line. 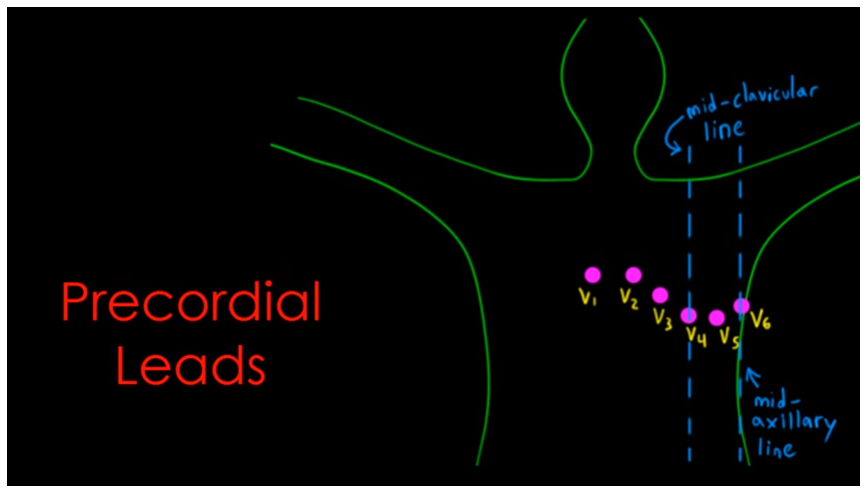 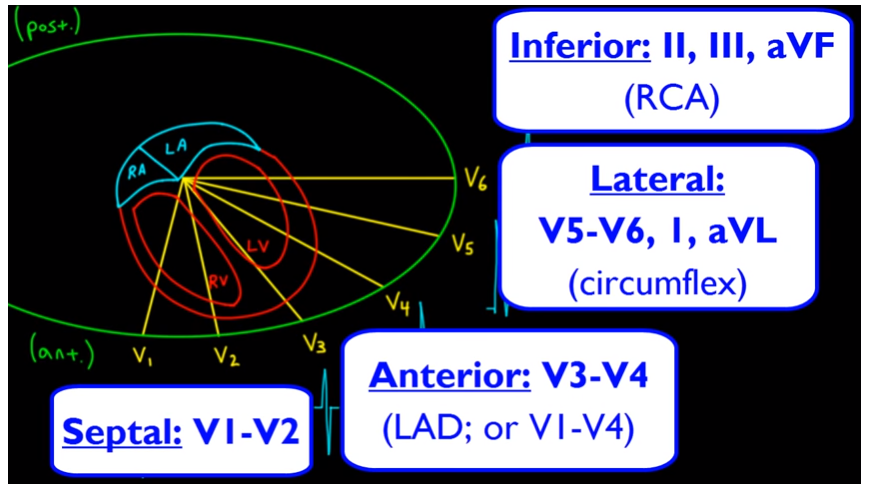 So that’s it for this lesson. The next lesson from Dr. Karish is:

Method, Rate, Rhythm: How to Read an EKG Curriculum

Linkedin
This entry was posted in ECG, Electrocardiography, Medical News. Bookmark the permalink.