The following slides are from Reference (1) below in Resources. 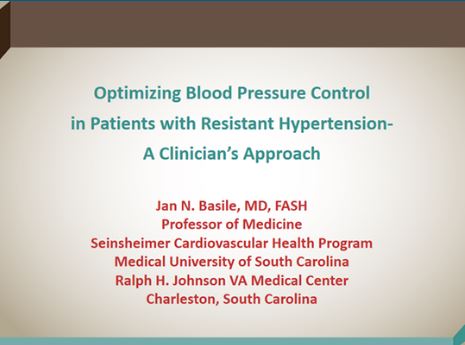 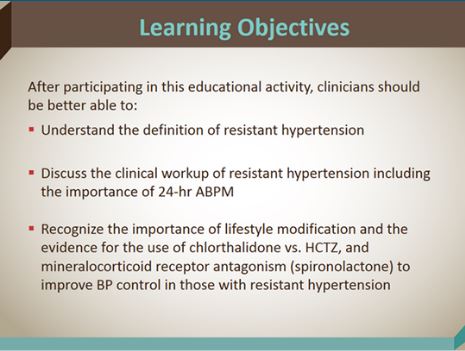 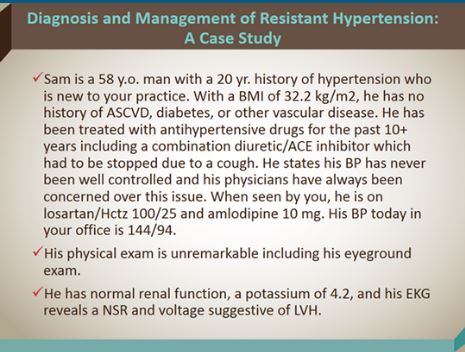 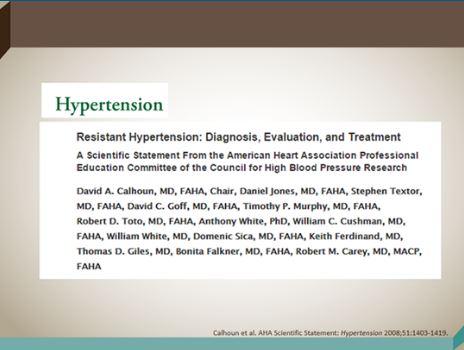 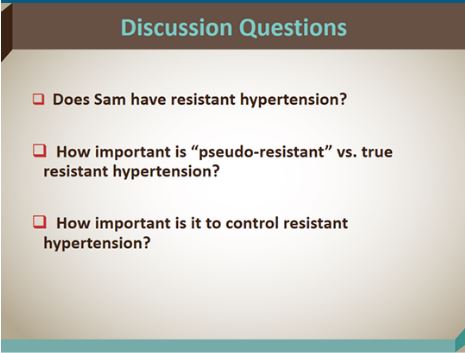 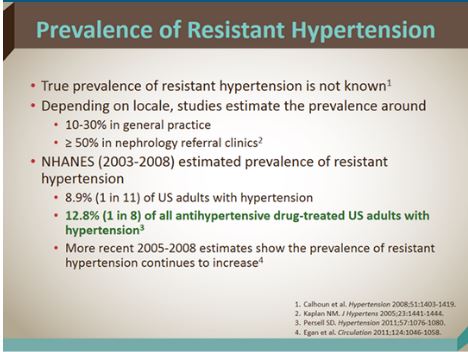 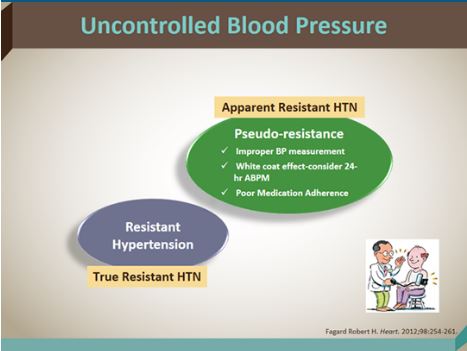 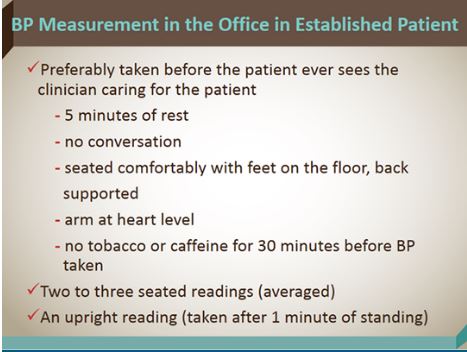 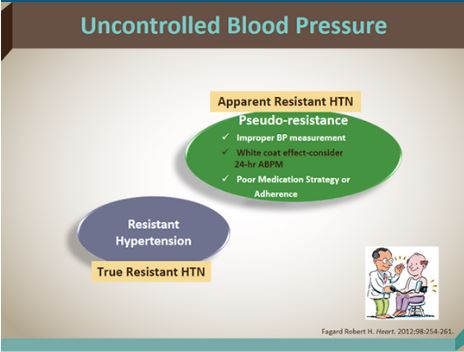 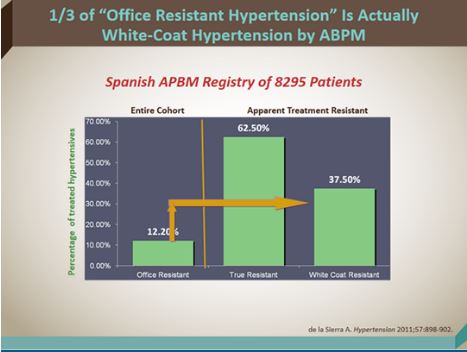 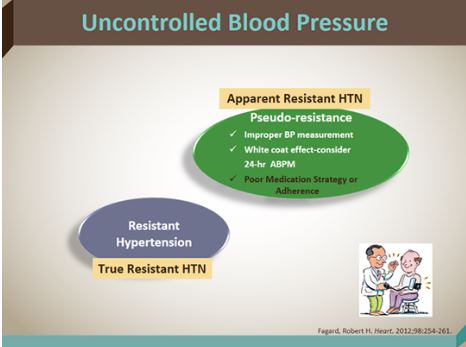 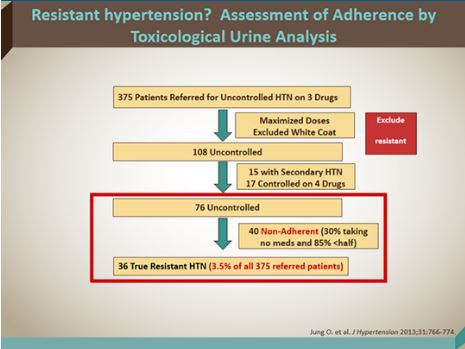 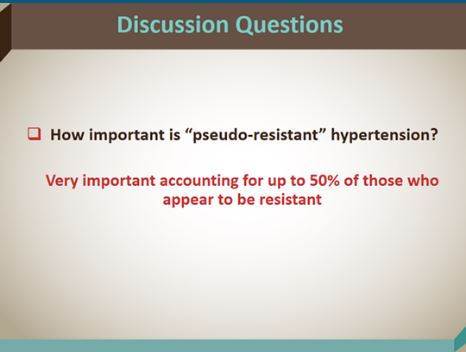 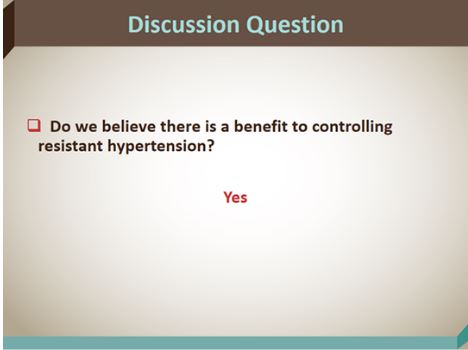 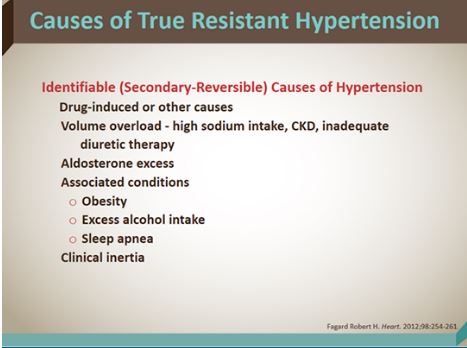 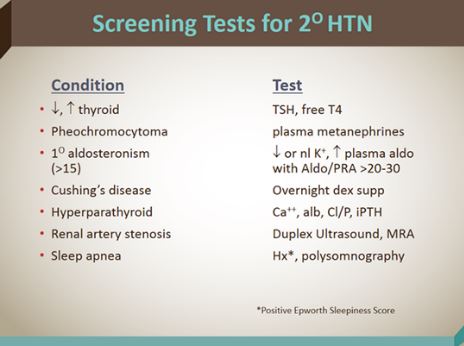 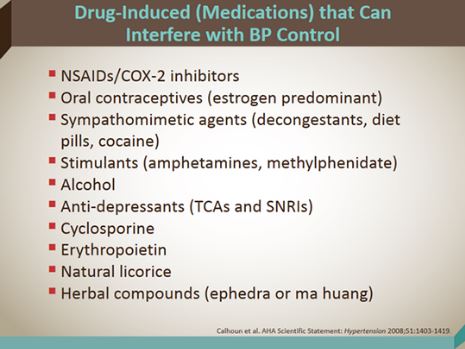 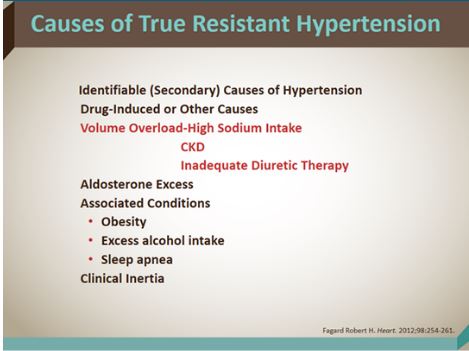 Volume overload without evidence of edema due to high sodium intake, CKD or inadequate diuretic therapy is a critical cause of resistant hypertension.

The small study referenced in the next two slides demonstrates the critical importance of sodium restriction in patients with resistant hypertension although it is difficult to get patients to follow a low sodium diet. 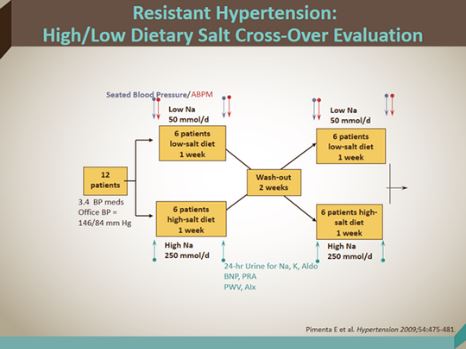 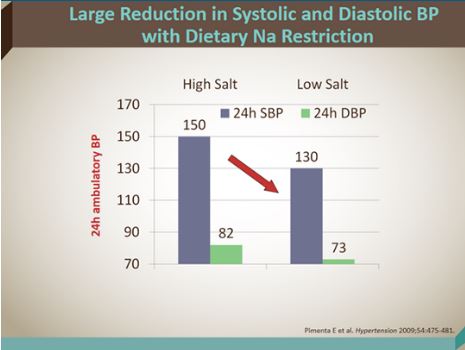 In the slide below we see the medicines that patients should be placed on in the initial management of hypertension: 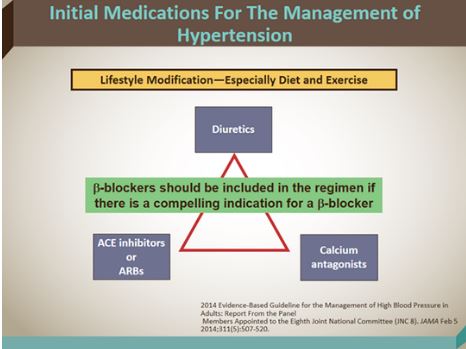 So which diuretic should we use? The speaker recommends chlorthalidone: 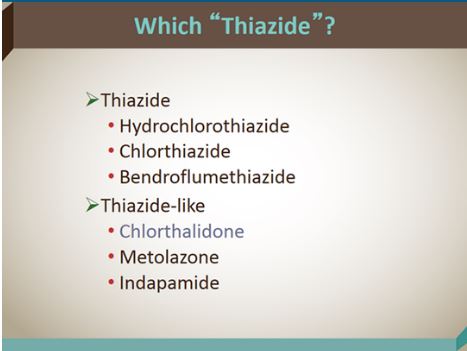 When you use spironolactone as a fourth drug in resistant hypertension you have to be aware of the possibility of hyponatremia.

Dr. Basile states that hyperkalemia is uncommon with spironolactone use unless the potassium is 4.5 or higher and the GFR is less than 60 when you start spironolactone. 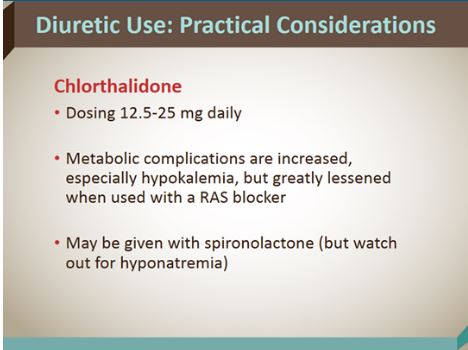 Dr. Basile likes spironolactone as the fourth drug in patients with resistant hypertension: 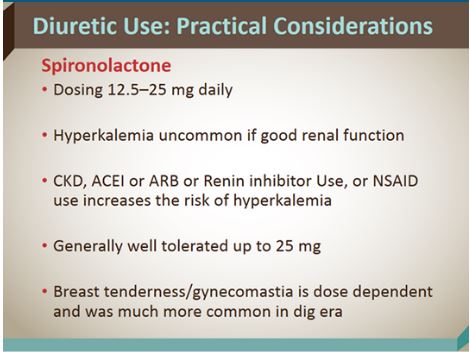 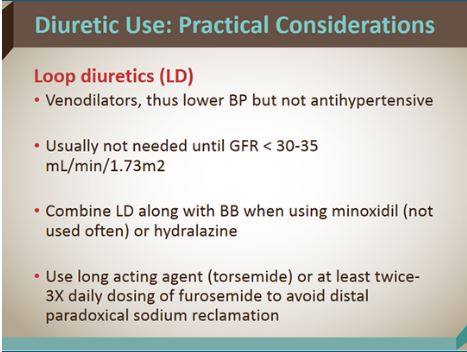 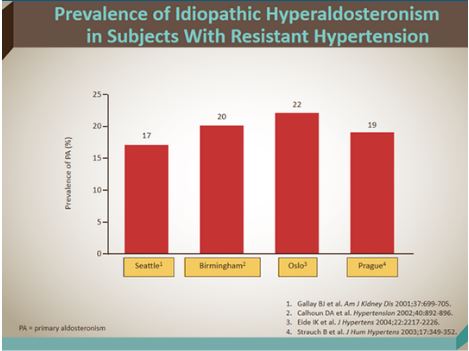 The following is from Reference (2) in Resources:

Most of the hyperaldosteronism observed in the general population is sporadic, with most cases due to bilateral adrenal hyperplasia. APAs are likely to be diagnosed earlier than IHA because they are more likely than IHA to produce early symptomatic hypertension and hypokalemia. APAs account for 40% of cases of primary hyperaldosteronism.

It is possible that the distinction between adenoma and hyperplasia is not as clear as was once assumed. In one third of cases, associated hyperplasia or nodules of the adjacent zona glomerulosa is present, implying that the adenoma may have arisen in previously hyperplastic tissue.

Studies of secondary hyperaldosteronism have found that approximately 15% of adults who attend hypertension clinics have elevated PRA. Reliable figures for children are not readily available. 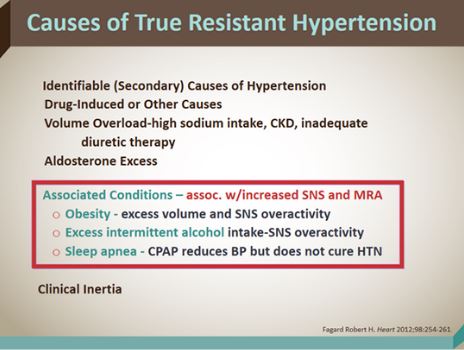 Altho the blood pressure reduction from CPAP in sleep apnea is modest, it is important to make the diagnosis and treat it. Sleep apnea is associated with stroke, MI, heart failure, atrial fibrillation and chronic kidney disease, the speaker observes: 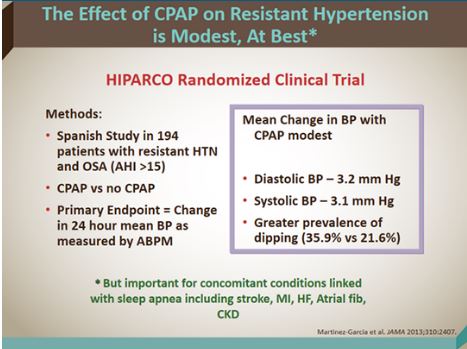 Don’t Be Guilty of Clinical Inertia! 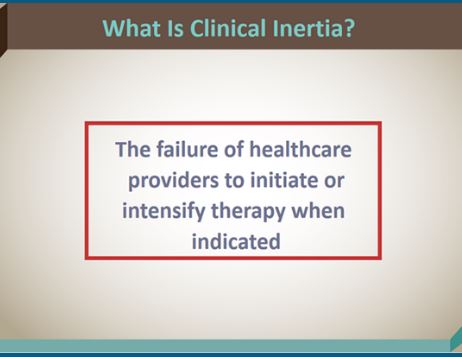 What are the causes of uncontrolled hypertension? 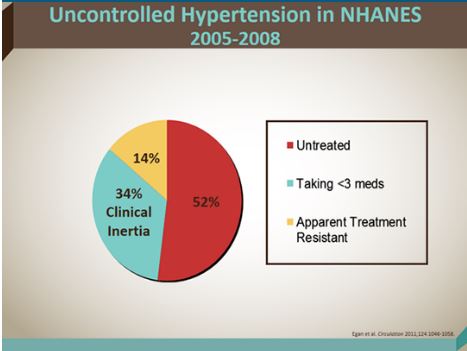 Don’t let that happen to your patient. Remember, the leading complication of non-optimal blood pressure control is STROKE.

The SPRINT Treatment Algorithm for the Intensive Treatment Group (Goal SBP < 120 mm Hg) – How They Did It. Posted on November 14, 2015 by Tom Wade MD

This entry was posted in Hypertension. Bookmark the permalink.